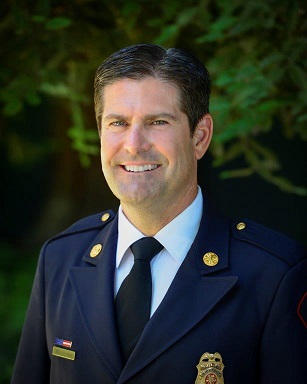 Sean Slamon, fire chief of Modesto, Calif., will be starting in early April.

“I am extremely excited,” said Slamon. “I absolutely love the area. The more I visited the more I fell in love with the community. It’s a great fire department. I’m looking forward to being a part of it.”

Slamon has worked as a firefighter for 29 years, first in Foster City, Calif., and then for the last 28 years in Modesto, where he’s served as fire chief since April 2014.

Slamon is a certified and qualified strike team leader and has led numerous deployments on large wildfires throughout the state.

Slamon is expected to introduce himself Thursday morning at the Board of Supervisors meeting.

His salary will be $156,021.22 plus benefits according to the Carson City Human Resources Department.

According to transparent California, Slamon was making $166,378 at Modesto plus benefits totaling more than $98,000.

By Ralph Andersen & Associates' Staff in Placements on March 4, 2017

By Ralph Andersen & Associates' Staff in Placements on March 4, 2017