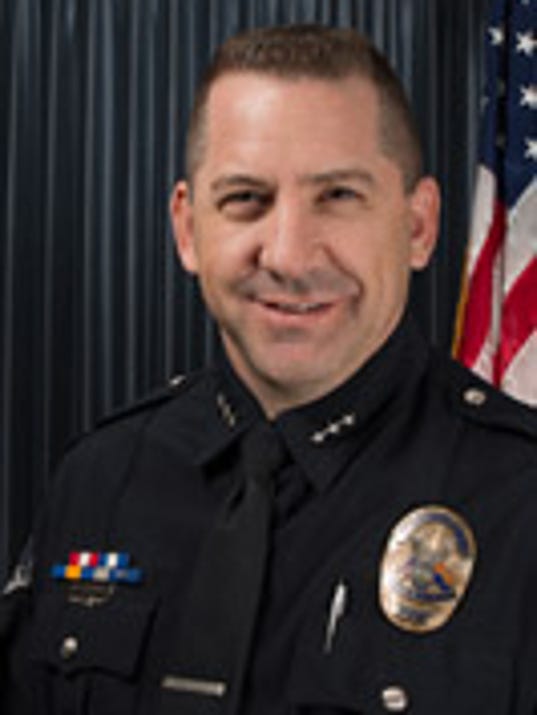 According to an email sent to Mesa City Council members, Soelberg will retire from the Mesa Police Department at the end of the month to take over as the Gilbert police chief.

In a statement, Gilbert confirmed Soelberg was selected as the town’s preferred candidate for the job. The Town Council will vote on Soelberg’s appointment on May 18.

In a statement to The Arizona Republic on Thursday, Soelberg said, “I am honored to be selected as the final candidate for the position of Gilbert police chief. The Gilbert Police Department is an excellent department and I look forward to this opportunity.”

Soelberg has held various positions at the Mesa Police Department since 1995. His most recent position included supervision of the Community Engagement and Employee Services Bureau.

Gilbert conducted a nationwide search for a new police chief after the retirement of former Police Chief Tim Dorn, who left the department earlier this year after 11 years at the agency’s helm.

Batista is also a finalist for the open Mesa police chief job.

Retired Mesa Police Chief John Meza, who promoted Soelberg to assistant chief, described him as “the guy I used to have to tell, ‘Hey, go home.’ ”

“He’s going to be an incredible asset to the community and the Police Department. He has a true, sincere commitment to working with the community,” Meza said.

Meza said the role of chief is all about balancing the demands and needs of the force, the community and city management.

“My biggest piece of advice is stay balanced, stay focused and stay committed,” he said.

“It is unfortunate that our city would be willing to lose a great leader within our department. We’re very happy for the Gilbert Police Department, but at the same time it’s unfortunate that we’re losing someone that has done a great job with the community and with our association,” Gafvert said.

By Ralph Andersen & Associates' Staff in Placements on May 19, 2017

By Ralph Andersen & Associates' Staff in Placements on May 19, 2017