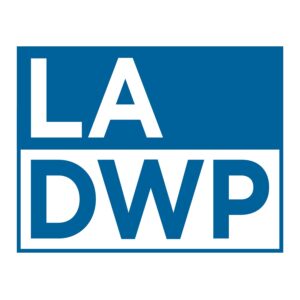 The Los Angeles Department of Water and Power (LADWP) is recruiting for an Inspector General. This is a recently created position, appointed by the General Manager, has the purpose of protecting the integrity of the LADWP and upholding its corporate values which include transparency, efficiency, and effectiveness. As a member of the Department’s Executive Team, the Inspector General will be empowered to provide objective oversight and input of LADWP programs, practices, and operations. The overarching objectives of the Inspector General are to: assist LADWP personnel in promoting integrity, economy, efficiency, effectiveness, and transparency in LADWP programs and practices; and provide the General Manager and Board of Commissioners with independent, fair, and objective evaluations and appraisals relating to utilization of LADWP resources, adequacy of internal controls, and performance effectiveness. The Inspector General will have a budget of about $5 million annually with about 18-24 staff in various supporting groups that comprise the Office of the Inspector General (OIG). Oversight and responsibilities will encompass the following key areas and supporting four (4) direct reports: Internal Audit; Ethics Office; Corporate Performance; and Corporate Protection & Risk Analysis.

Requires a Bachelor’s degree (advanced degree preferred), and at least 7 to 10 years of senior management experience, particularly in the following areas: auditing and accounting; investigative techniques; general principles of law; human resources, ethics, and workplace conduct matters; and management of a professional staff, specifically in a large agency and/or utility.

The salary for this position is $254,485 to $316,164. The position is exempt and non-represented. LADWP offers a comprehensive and generous benefits package including participation in the LADWP’s retirement system.

Interested candidates should apply immediately by submitting a compelling cover letter and comprehensive resume to apply@ralphandersen.com. Qualifications of top candidates will be presented to the General Manager during the week of January 23, 2023 (or sooner). The recruitment period will remain open until sufficient resumes have been received and may close at any time a sufficient pool of highly qualified candidates has been established. Confidential inquires welcomed to Ms. Heather Renschler, Project Director or Mr. John Slaughter, Senior Consultant at (916)-630-4900.