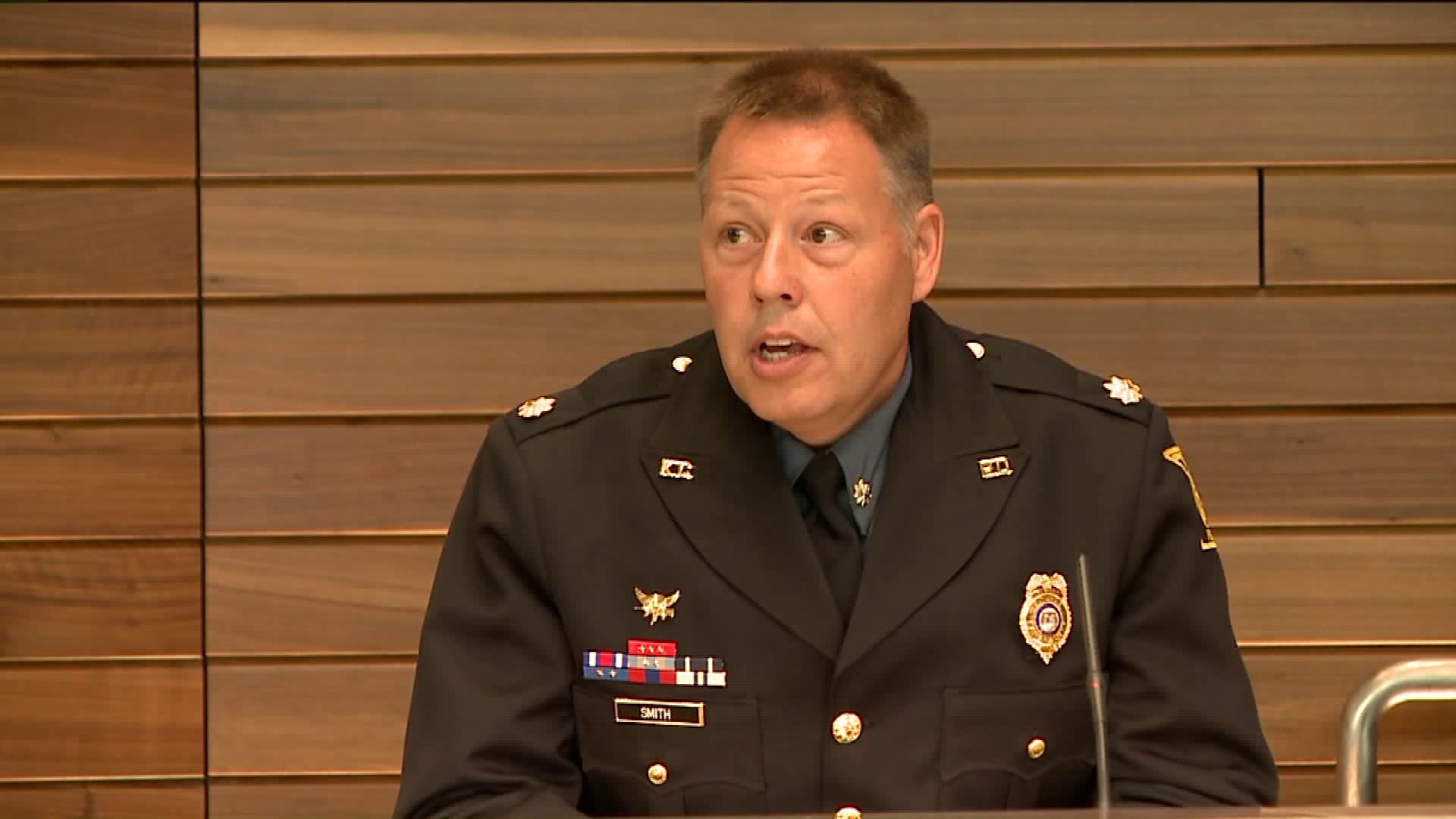 KANSAS CITY, Mo. — Kansas City residents learned Friday that Major Rick Smith of the Kansas City, Mo., Police Dept. will become the city’s 45th police chief on August 15th.The Board of Police Commissioners made the announcement during a 1:00 p.m. news conference.Last week, the Board of Police Commissioners announced it had narrowed the search to two finalists. The candidates were Chief Keith Humphrey of the Norman, Oklahoma Police Department, and Major Rick Smith, who is now head of KCPD’s Central Patrol Division.

The board says 42 people applied for the position. Ten were eliminated early on because they did not meet qualification standards.

The board was asked why they chose Major Smith.

“He’s intelligent. He understands our department. He has years of experience here. He’s smart. He’s a darn good police officer. He has not only experience here but he’s worked his way through the field so he has full knowledge of the operation here. He can move quickly to make the changes we need to make,” Commission President Leland Shurin responded.

On Thursday night, the two job candidates answered written questions submitted by the public.  FOX 4 streamed it live and you can see it below.

In March, Darryl Forte announced that after five-and-a-half years of serving as police chief, he would be leaving the force.  His last day was May 20th and Deputy Chief David Zimmerman was named acting chief.

By Ralph Andersen & Associates' Staff in Placements on July 31, 2017

By Ralph Andersen & Associates' Staff in Placements on July 31, 2017