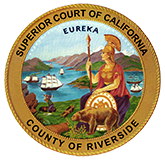 The Superior Court of California, County of Riverside (“Court”) is conducting a statewide and national level search for a Court Executive Officer (CEO). This is an at-will, executive-level, appointed position serving at the pleasure of the judges of the Court. The Court serves the 2.4 million residents of Riverside County through 14 courthouses (95 courtrooms) in three geographical regions. The Court has over 1,200 skilled employees and an operating budget for Fiscal Year 2022-23 of approximately $205 million. Under the authority of the judges and at the direction of the Presiding Judge and Judges’ Executive Committee, the CEO carries full responsibility and authority for providing all managerial, administrative, and operational support to the Court and its judicial officers. In conformance with the statutory responsibilities of the Clerk of the Court and the Jury Commissioner, the CEO plans, organizes, directs, supervises, and manages the Courts’ non-judicial and administrative operations, functions, and activities; prepares and administers the Court’s budget; and serves as Court liaison with governmental agencies, civic groups, the public, and the legal community.

Requires a Bachelor’s degree and highly responsible management experience, including in an administrative capacity in a court system with similar complexities. Managerial experience should include responsibility for budget and finance; information technology; employee and labor relations; legal services, procurement, and public relations. Candidates from the public or private sector who do not have court system experience may be considered if they can demonstrate (1) a successful track record of increasingly responsible experience at the executive level in an organization of similar complexity and (2) a broad understanding of the role and function of courts. A graduate degree in judicial, business, and/or public administration, or a law degree is preferred. It is important that the selected candidate be open to traveling within the State of California. Occasionally, national travel for involvement with and contributing to the profession of court administration is needed on a more infrequent basis.

The CEO salary is a highly competitive salary ranging from the low to high $200,000’s DOQ. The Court is proud to offer a compensation package including a CALPERS retirement plan. Relocation and moving allowance including assistance with temporary living may be negotiated with the selected candidate.