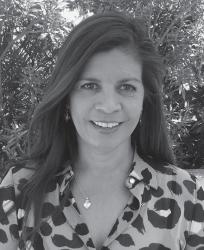 Camarillo, California – City Manager Dave Norman has announced the appointment of Genie Wilson to the position of Director of Finance for the City of Camarillo following an extensive recruitment.
Ms. Wilson, 54, is currently the Director of Finance for the City of Goleta. Previously, she was the Treasury Manager for the City of Santa Barbara, and the Chief Financial Officer and Director of Finance for the City of Temecula – positions she had held for seventeen years. She began her career working for public sector auditing firms, where, as a Certified Public Accountant, she performed audits of various public agencies.
“We were hoping to find a highly qualified candidate with long-term auditing and Finance Director experience who could jump right in a make a difference, said Mr. Norman. “After a comprehensive search, we believe we have found that person in Genie Wilson.”
“I am looking forward to working with the City Council, City Manager, and Department Directors on achieving Council’s goals, said Ms. Wilson. “A Finance Director job like Camarillo doesn’t come along very often, and when I saw the opening, I knew this is where I want to be working.”
Ms. Wilson will succeed Interim Director of Finance Misty Cheng, who was hired following the departure of Ronnie Campbell, who resigned in May, 2016 to become the Chief Financial Officer of Metrolink. “We have been very happy with Misty’s services during this interim period,” said Mayor Mike Morgan, “We were really lucky to find her between Finance Director assignments – I don’t think we could have done better for an Interim Finance Director.”
Ms. Wilson will start her new position on October 17th.